We have all been there. You just meant to have a single Oreo as a snack, but then you find yourself going back for another, and another, and before you know it, you have finished off the entire package even though you were not all that hungry to begin with.

But before you start feeling too guilty for your gluttony, consider this: It might not be entirely your fault. Now, new research in mice shows that specific gut bacteria may suppress binge eating behavior.

Oreos and other desserts are examples of so-called "palatable foods"—food consumed for hedonistic pleasure, not simply out of hunger or nutritional need. Humans are not alone in enjoying this kind of hedonism: Mice like to eat dessert, too. Even when they have just eaten, they will still consume sugary snacks if available.

The new Caltech study shows that the absence of certain gut bacteria causes mice to binge eat palatable foods: Mice with microbiotas disrupted by oral antibiotics consumed 50 percent more sugar pellets over two hours than mice with gut bacteria. When their microbiotas were restored through fecal transplants, the mice returned to normal feeding behavior. Further, not all bacteria in the gut are able to suppress hedonic feeding, but rather specific species appear to alter the behavior. Bingeing only applies to palatable foods; mice with or without gut microbiota both still eat the same amount of their regular diet. The findings show that the gut microbiota has important influences on behavior and that these effects can be modulated when the microbiota is manipulated.

The study was led by graduate student James Ousey in the laboratory of Sarkis Mazmanian, Luis B. and Nelly Soux Professor of Microbiology. A paper describing the research appears in the journal Current Biology on November 29.

"The gut microbiome has been shown to influence many behaviors and disease states in mouse models, from sociability and stress to Parkinson's disease," Mazmanian says. "The recent appreciation that feeding behaviors, driven by motivation, are subject to the composition of the gut microbiome has implications not just to obesity, diabetes, and other metabolic conditions but perhaps to overuse of alcohol, nicotine, or illicit substances that bring pleasure."

To examine how the gut microbiota influenced feeding behaviors, Ousey gave a group of mice antibiotics for four weeks, wiping out the animals' gut bacteria. He then compared their feeding behavior to normal mice with a healthy gut microbiota. The two groups ate about the same amount of their standard mouse diet, called chow.

But the real difference was in how much palatable, or dessert-like, food the mice consumed. When presented with high-sucrose pellets, the antibiotic-treated mice ate 50 percent more pellets over two hours and ate in longer bursts than their healthy mouse counterparts.

Ousey then aimed to determine how much effort the mice were willing to expend to obtain sugary snacks. In another set of experiments, instead of simply having treats placed in their cages, the mice needed to push a button to receive a pellet. Each subsequent pellet required the mice to push the button more and more times. The untreated mice, at some point, would lose interest in pushing the button and wander away. However, the mice given oral antibiotics expended much more effort to obtain more and more sugar, pressing the button repeatedly as if desperately craving a snack.

Importantly, this binge eating behavior is actually reversible: The researchers could return the mice back to normal feeding behavior simply by restoring the mouse microbiota through a fecal transplant. The restored mice still consumed sugar when available but did not exhibit the same overeating behavior.

The gut microbiota contains hundreds of bacterial species, and the team suspected that some were more influential than others in driving the binge eating behavior.

"To tease out which specific microbes might be involved, I gave different cohorts of mice different antibiotics individually," Ousey explains. "The different antibiotics target different bacteria. What I observed was that mice given either ampicillin or vancomycin, but not neomycin or metronidazole, overconsume these high-sucrose pellets compared to controls. That would suggest that there's some microbe, or some collection of microbes, that is susceptible to either ampicillin or vancomycin, which is responsible for controlling the normal response to the highly palatable foods."

The team then identified that increased levels of bacteria from the family S24-7 (a type of bacteria specific to lab mice) and from the genus Lactobacillus were associated with reduced overconsumption. When these bacterial species were given to the antibiotic-treated mice, but not other bacteria, hedonic feeding was suppressed.

Though the study only draws conclusions about the mouse microbiota, it opens up new directions of study for understanding how and why we may be driven to overconsume sugary snacks. "I think it would be so intriguing to see if people given oral antibiotics exhibit differences in their eating patterns and dietary choices, and whether these things can be associated with the gut microbiota," says Ousey. "We know that humans with eating disorders like binge eating disorder and anorexia nervosa have differences in their gut microbiota compared to humans that are not diagnosed with these conditions. Obviously, perhaps the eating disorder affects the microbiota because they're eating different foods; perhaps it's bidirectional. But investigations into how antibiotics might affect the responses to palatable foods in humans are definitely doable."

"We do not understand the neurobiology underlying the observation that the microbiome impacts overconsumption of palatable foods in mice," says Mazmanian. "Future studies in our lab and others will explore the gut–brain axis in modulating reward circuits in the brain as well as possibly devising probiotics to intervene in eating disorders."

The paper is titled "Gut microbiota suppress feeding induced by palatable foods." In addition to Ousey and Mazmanian, graduate student Joseph Boktor is a co-author. Funding was provided by the National Science Foundation, the Gates Millennium Scholars Program, and the Heritage Medical Research Institute. Sarkis Mazmanian is an affiliated faculty member with the Tianqiao and Chrissy Chen Institute for Neuroscience at Caltech. 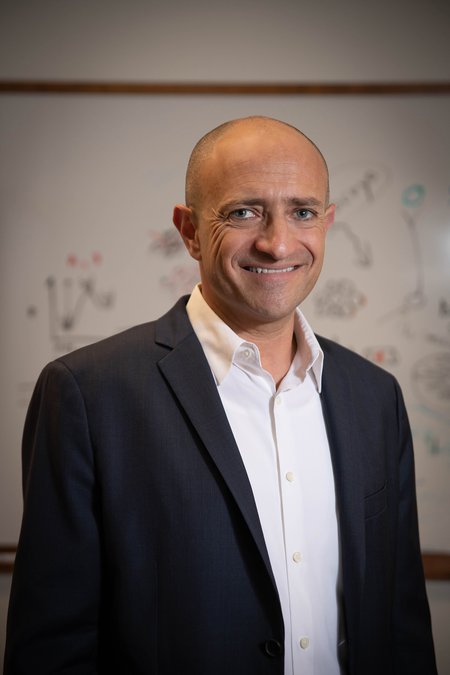