Frances Arnold, Caltech's Linus Pauling Professor of Chemical Engineering, Bioengineering and Biochemistry and director of the Donna and Benjamin M. Rosen Bioengineering Center, testified before a U.S. House of Representatives committee on April 15 about the need for the nation to invest more in science and technology innovation and entrepreneurship.

Arnold, recipient of the 2018 Nobel Prize in Chemistry, gave her testimony to the House Committee on Science, Space and Technology as part of its "Reimagining Our Innovation Future" hearings. She was joined by other witnesses who included Norman Augustine, the former United States Under Secretary of the Army and defense contractor executive; Ernest J. Moniz, president and chief executive officer of the Energy Futures Initiative; and Farnam Jahanian, president of Carnegie Mellon University. All testimony was given remotely via videoconferencing.

Arnold's testimony focused on what she sees as the most pressing needs if the United States is to continue being a leader in science and technology innovation: more funding for curiosity-driven and use-inspired research, including some support for bringing the results of academic research to commercialization, flexible academic structures that promote interdisciplinary research, and additional fellowships and grant funding for young and underrepresented minority researchers.

"As an inventor, teacher, entrepreneur, and researcher for the last 35 years at Caltech, a jewel of an institution and a model for many across the world who have looked on U.S. research and innovation output with envy, I have seen where scientific innovation succeeds and also how it can fail," she told the committee in a prepared statement. "Great science and technological innovations do not just happen—they must be nurtured, and that requires thoughtful leadership and investment in people and infrastructure."

She also discussed with members of the committee topics that included portable fellowships — funding that a young researcher can use at whichever educational institution they choose to study, and the need for improvements in K-12 STEM education.

Rep. Jamaal Bowman of New York asked Arnold if science aimed at mitigating climate change could represent an opportunity to engage schoolchildren in the STEM fields.

"You've seen it with your own eyes. The children are passionate about making the world a better place, and they've always been," she said. "Unfortunately, my generation is leaving them a world that does not look like a better place. We are leaving behind a world that is worse than the one that I entered, and I feel very ashamed about that. I would like to see those children empowered to make decisions about the future, about their education, about their careers that will enable them to make a difference. Science and technology is an incredibly powerful way to do that."

For more information about the hearings, or to see a recording of the testimony, visit https://science.house.gov/hearings/reimagining-our-innovation-future 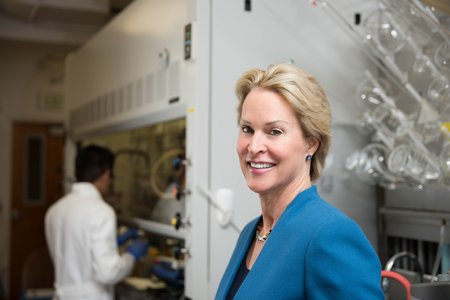